Audacity is a free, cross-platform tool for recording and editing audio on a Windows, Mac, or Linux computer. It’s a powerful that you can use for music, radio, or podcast production, among other things. But you can also use it to make a high-quality recording of your own voice using a laptop or desktop computer.

You can even do this while using other software such as Zoom – for example, as a podcast producer, I often ask guests to use Audacity to record their own voices while we’re participating in a Zoom call. This allows me to communicate with the guest over the internet, while they make a high quality recording of their voice on their own computer without any of the glitchy audio you sometimes hear on internet calls. 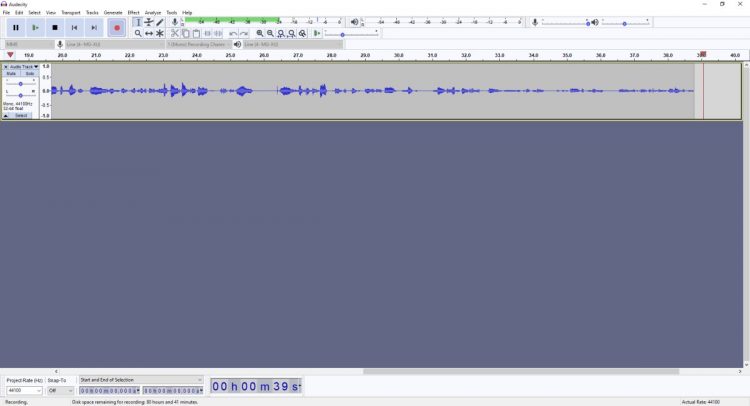 A bit of advice: always wear headphones while recording, as this will allow you to hear yourself and notice any problems with the recording. It will also prevent the microphone from picking up sound from the speakers and adding echo or distortion to your recording.

You should also close any other applications running on your computer that may make noise or use your computer’s system resources while you’re recording. And it’s generally a good idea to mute your phone so that you’re not interrupted by chimes during a recording session.

You can download Audacity for free from the AudacityTeam.org/Download page, and once you’ve done that, follow the steps in the video below to set up the program, record your voice, and save your recording so that you can save it for later, edit it, or send it to the person who asked you to make that recording. There’s also a transcript of the video below.