Dozens of smartwatches have hit the market in the past few years. Apple has one. Samsung has half a dozen. Pebble has a few. And companies ranging from Motorola to TAG Heuer have gotten in the action.

The idea is to put an internet-connected device on your wrist that looks as good as a traditional watch, but which can also show your smartphone notifications and in some cases, do much more. Some models can monitor your heart rate and track your run. Others let you make phone calls without taking your phone out of your pocket. And many can respond to voice requests.

But it’s hard to fit every possible feature into a single watch — and that’s where BLOCKS comes in. Founded by Serge Didenko and Alireza Tahmasebzadeh when they were students at Imperial College in London, the company has designed a modular smartwatch that lets you change the watch’s hardware without buying a whole new watch.

The team raised $1.6 million through a Kickstarter campaign in 2015, has secured additional funding, and now has a team of about 20 people working on the watch. The hardware designs have been finalized and the first BLOCKS watches and modules are expected to ship in September, 2016 to customers who have pre-ordered  watch plus 4 modules for $330.

I recorded an interview with Didenko using Zencastr while he was visiting the company’s engineering team in Taiwan. 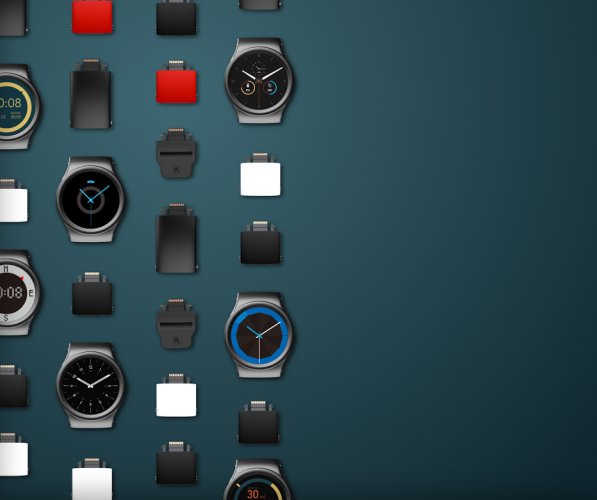 The core of the system has the guts of a basic smartwatch: A 1.4 inch, 400 x 400 pixel round AMOLED touchscreen display, a Qualcomm Snapdragon Wear 2100 processor, 512MB of RAM, 4GB of storage, motion sensors, a vibration motor, WiFi, Bluetooth, and a microphone.

But the watch strap is made up of a series of modules that clip together. Each one can house additional hardware that extends the functionality of the watch, such as a GPS receiver, extra battery, flashlight, heart rate monitor, or barometer.

Not only does this allow you to choose exactly what features you want when designing a custom BLOCKS watch… it also lets you swap out modules on the fly. Need as much battery life as you can get? Go ahead and put four or five batteries together. Want to use GPS when you’re traveling, but not when you’re at home? Just pop out the module when it’s not in use and put in a different block. 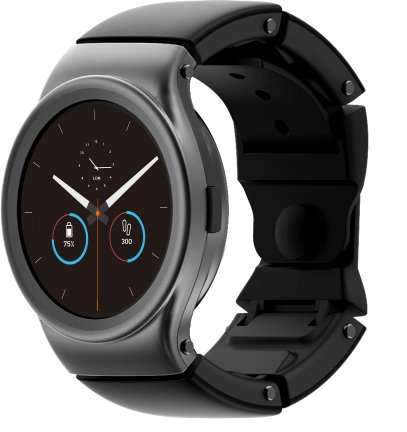 This could also make the BLOCKS smartwatch a little more future-proof than many other models. We recently learned that the LG G Watch and first-gen Motorola Moto 360 wouldn’t support Android Wear 2.0, because they don’t have the hardware necessary for the new version of Google’s OS. Wouldn’t it be nice if you could add hardware to those watches without buying a whole new device?

The BLOCKS watch, by the way, doesn’t run Android Wear. It runs a customized version of the same Android software you’d use on a phone or tablet.

I have to admit that I’m still not exactly sold on the idea of a smartwatch. Right now they seem like expensive devices that largely duplicate the functions of smartphones. But Didenko makes the case that wearable gadgets like these could become more useful over time as voice recognition and voice control technology improves.

They can also be used as gesture controls for your other computers and smart home gadgets and they’re already pretty useful as activity trackers (although I prefer a fitness tracker I can clip to my belt, since I work at a treadmill desk… which means I don’t move my arms much while I walk).

Anyway, while I’m not entirely convinced I need expensive wearable gadgets in my life, I am a big fan of the idea of modularity as a method for making devices more versatile and possibly giving them a longer life span.

You can pre-order a BLOCKS watch plus four modules for $330 from ChooseBlocks.com. Extra modules are $35 each and there are six module types to choose from at launch (extra battery, heart rate, GPS, flashlight, programmable button, and an “adventure” module with humidity, pressure, and temperature sensors).

Future models are expected to offer features like a SIM card slot, NFC, a fingerprint scanner, camera, and electrocardiograph.