A generation of computer users grew up using Microsoft DOS in the 80s and 90s, but Microsoft started to phase out the operating system with the launch of Windows 95.

Decades later, there are still people playing DOS-based games and even corporations using DOS-based software. Writer George R.R. Martin famously said in 2014 that he was still using a DOS-based word processor to compose his books.

Don’t have your stack of 3.5 inch floppies with DOS handy? That’s OK… because for more than two decades the developers of FreeDOS have been offering a free and open source alternative to Microsoft’s defunct operating system.

Since 2006, FreeDOS has been able to support virtually every game or program developed for MS-DOS. But project founder and coordinator Jim Hall continues to work on the operating system. Upcoming changes could include a change in the utilities bundled with the operating system and a simpler installer.

Remarkably, FreeDOS is completely reverse engineered: the developers have never seen any of the code used in Microsoft’s operating system. Instead, the group of all-volunteer developers have worked backward: knowing which software needs to run on the operating system, they were able to create something that looks very different under the hood, but which is still compatible. 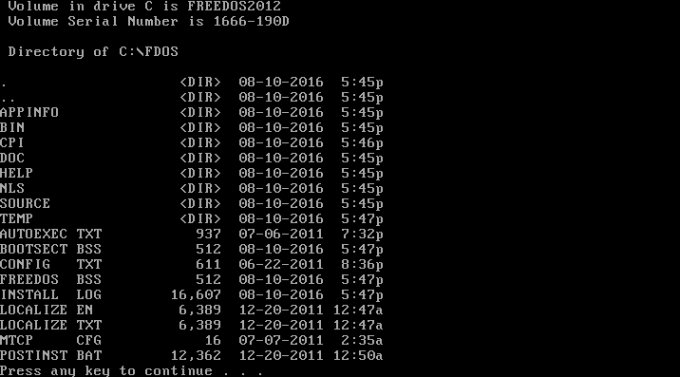 I wanted to get a sense of why anyone would want to run DOS programs in 2016… and why someone would want to continue developing for the classic platform. So I reached out to Jim Hall for a conversation about freeDOS, classic computing, and free software.