Intel’s is expanding its line of Compute Stick mini-PCs in 2016, so I decided to accompany my 2nd-gen Intel Compute Stick review with a state-of-the-stick episode of LPX.

This episode features interviews with Intel’s marketing manager for the lineup and Ian Morrison, an Australian developer who has been working to port Ubuntu and other open source software to run on Intel’s tiny desktop computers.

The Intel Compute Stick is a full-fledged computer, but it looks more like a USB flash drive than a PC. Stick it into the HDMI port of your TV and you can run Windows software on the big screen. 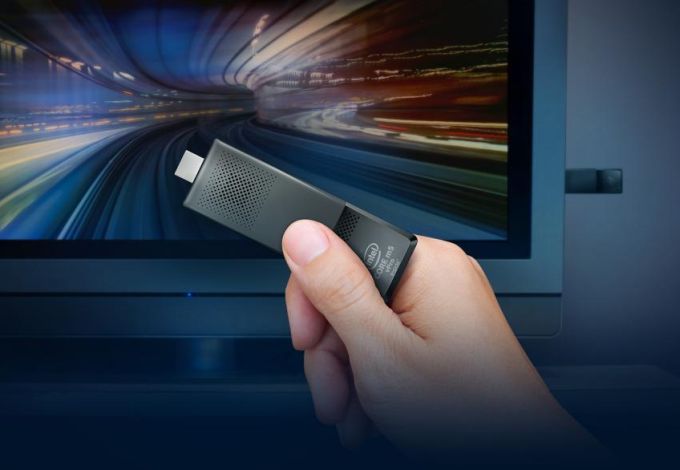 The first PC-on-a-stick devices launched in 2012, but models like the Rikomagic MK802 featured ARM processors and Android software. We started to see models with Intel chips and Windows software in late 2014, and Intel launched its own Compute Sticks in 2015.

This year the company is expanding the lineup with several new models featuring more powerful processors, better WiFi, and other improvements.

It’s not just the hardware that’s changing: Intel offered models with Windows or Ubuntu software in 2015. But the 2016 lineup will be available with Windows 10 or no operating system at all. If you want to install Ubuntu, Android, Chromium, or another operating system, you’ll have to do it yourself.

That’s one of the reasons I wanted to speak with Ian Morrison. He’s put more effort into porting Ubuntu to run on Intel’s stick PCs than anyone else that I’m aware of, and he’s particularly excited about some of the changes coming to the Compute Stick lineup in 2016… although he also wonders whether PC sticks will one day be replaced by smartphones that can connect to your TV.

You can find Morrison’s latest work at his website, Linuxium.com.au, as well as at his Google+ page.

Don’t forget, you can find the LPX Show in iTunes, on Stitcher, and just about anywhere else you get your podcasts. If you’ve got a minute, please leave a review in iTunes to let everyone know what you think of the show!

And of course you can let us know what you think by leaving a comment on this page.