Intel’s Atom processors have been powering low-cost computers since 2008. The first models were used in netbooks, but these days you can find Atom chips in Chromebooks, Windows and Android tablets, tiny desktop computers, and even a handful of smartphones.

But Intel never really made much headway in the smartphone space, where companies like Apple and Samsung typically use ARM-based processors for their devices.

So maybe it shouldn’t have been a huge surprise when Intel announced in April that it was scrapping plans to launch next-gen Atom chips code-named “Broxton” and “SoFIA” for phones, tablets, and other low-power devices.

That means 2015’s Intel Atom “Cherry Trail” processors are likely to be the end of the line… at least for a while.

The company isn’t exiting the low-power space altogether. Intel will continue to ship Cherry Trail processors for a little while. 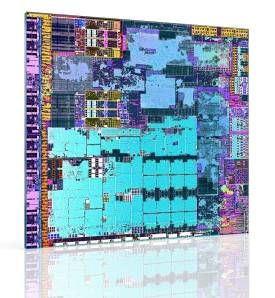 Intel will also launch its first Celeron and Pentium chips based on the “Apollo Lake” platform soon. These are low-cost, low-power chips that are cousins to Broxton processors that have been canceled. But they’ll use a little more power and cost a little more money than the discontinued Atom/Broxton family.

Some folks are happy to see Atom go. Others are disappointed that this could mean the end of Intel’s investment in the 5-10 inch tablet space.

I started writing about affordable, portable computers at Liliputing.com shortly before the first Atom processor launched. A lot has changed since then: the rise and fall of netbooks, the rise and stagnation of tablets, and the rise and rise of smartphones.

But I wasn’t the only person documenting the changing mobile space. In order to properly mourn the demise of Intel’s Atom processor lineup, I decided to record a conversation with my friends and colleagues Sascha Pallenberg, Nicole Scott, and Steve “Chippy,” Paine.

Sascha and Nicole are co-founders of mobile tech blogs MobileGeeks.com and MobileGeeks.de, and Chippy runs a number of mobile-focused websites including UMPC Portal and CarryPad.

You can help support the LPX podcast by contributing to our Patreon campaign.